If you think of Heroku add-ons in general as of boxes with some useful mechanisms inside (like databases, log analyzers, messengers etc.), then Dockhero is an empty box where you can put your own mechanism described by docker-compose.yml. 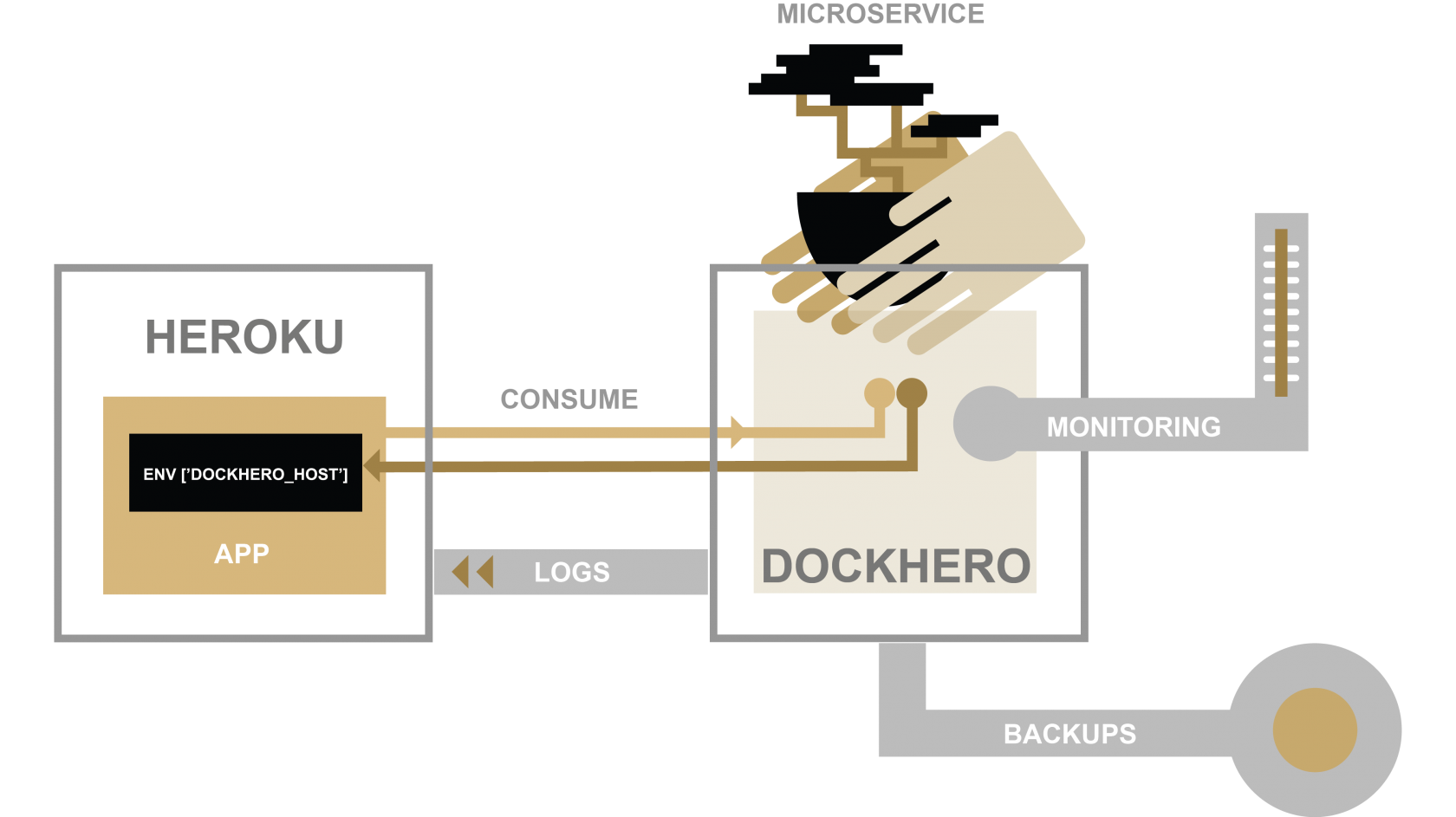 When you add Dockhero add-on to your Heroku application, a new Docker cluster (currently consisting of a single Swarm master) is provisioned, and it's address is exposed to your Heroku app via DOCKHERO_HOST environment variable.

We developed a CLI plugin which makes your Docker client talk to Dockhero instead of your default machine:

Whenever in your console you need to simultaneously use Dockhero and the local Docker, you can use shortcuts:

The dh:compose shortcut assumes that your stack is named dockhero-compose.yml.

It also makes your Heroku environment variables available via variables substitution, so that you don't have to commit your secrets into Git.

Dockhero comes with a few features which help your microservice fit comfortably into Heroku ecosystem: